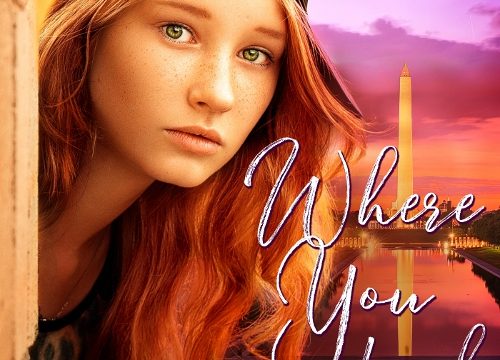 Where You Lead by Leslea Wahl

Teen Eve Donahue’s lonely existence changes in an instant when visions of a mysterious stranger haunt her. Certain God is calling her for a mission, she bravely says yes and begins her quest to meet this young man.

Thousands of miles away, Nick Hammond has been dealing with his own unusual experience, an unwavering certainty to convince his father to run for political office. When these two unlikely teens finally meet, their belief that God has called them to work together sets them on a journey of faith to untangle a web of deception involving international trade agreements, lost confederate gold, and a blossoming romance. As they follow century-old clues, they realize God can call us all in big and small ways. We just need to listen and have courage to answer “yes, Lord, I will go where You lead.”

A Note from the author:

The opening scene of this book is actually a thought that flashed into my mind over 25 years ago when my husband and I were newly married and had just moved to Washington, DC. I always thought it would make a great beginning to a book. I was not a writer back then, so brushed the idea away. Years later, after I began my writing career, I remembered this premise and pondered how I could make it work in a YA novel. At last, inspiration struck, and that spark of an idea became the novel Where You Lead.

When Eve, a teen living in New Mexico, has an odd vision of a teen boy named Nick, her adventure of a lifetime begins. Although she has never met him or know where he lives, Eve feels that God is calling her to find this mysterious boy. Her search leads her to Washington DC, where she and Nick find themselves involved in the middle of international trade agreements, political foreign affairs, and missing Confederate Gold. As they unravel clues, they are led on a scavenger hunt amid the historical sites of the Nation’s Capital.