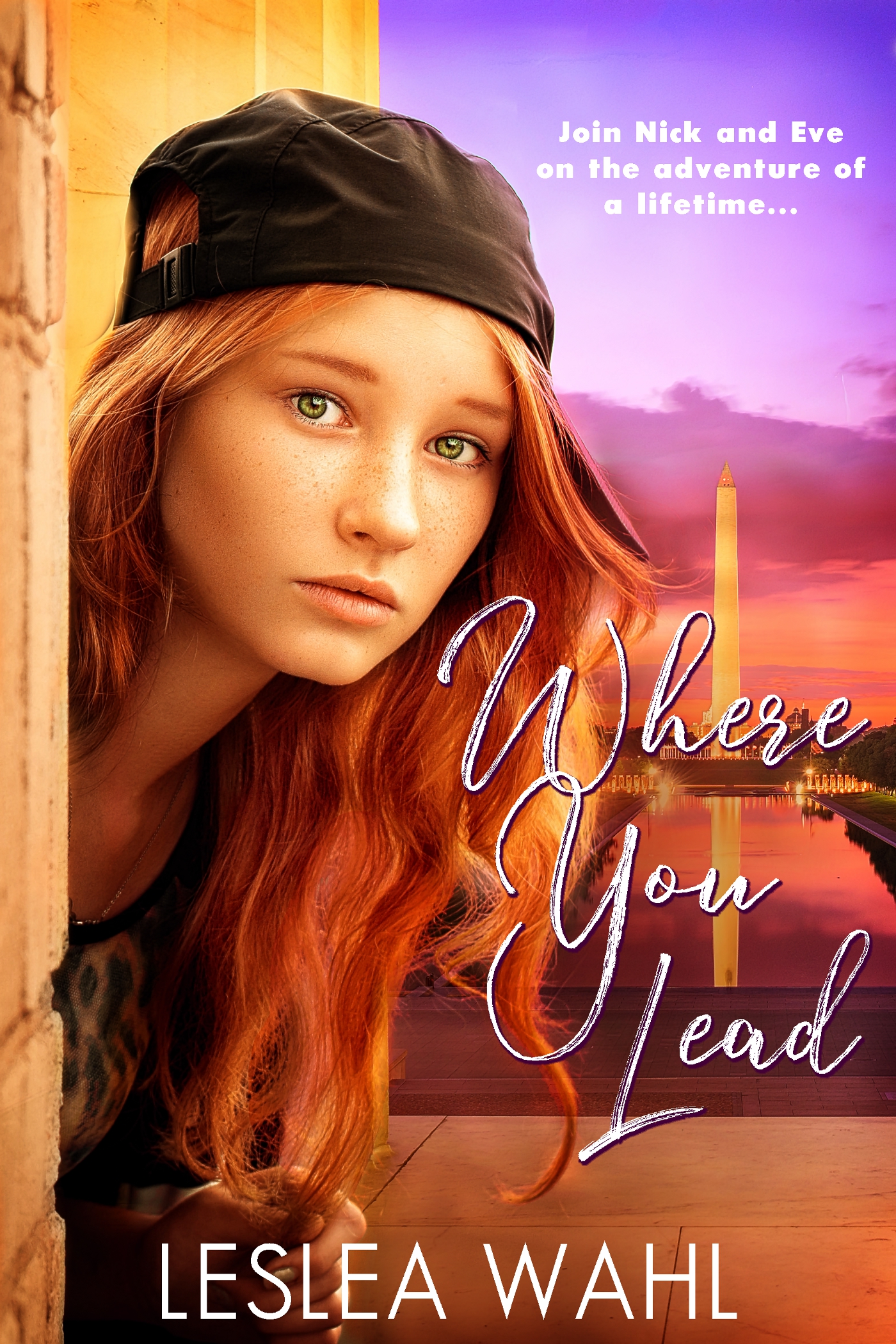 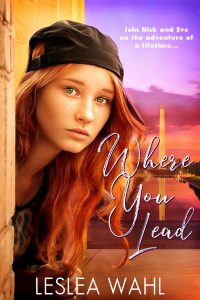 Do you have a teen who enjoys Nancy Drew style mysteries? If so, she will definitely enjoy Leslea Wahl’s new offering, Where You Lead. Eve has been having strange visions of a boy, Nick, that she has never met in Washington D.C., a city she has never been in. She’s beginning to question her sanity, so she goes to talk to the school nurse, the school counselor, and her parish priest. They all think that she is suffering from being lonely due to her sister going away to school and her best friend moving away, but the priest tells her to pray because God might be leading her to do something.

When her father gets a job offer at Georgetown, Eve encourages him to jump at the opportunity. When her family starts their new life in the nation’s capital, she sees the boy from her dreams on television. As it turns out, he is the oldest son of a new senator. She goes on a mission to find him. Not surprisingly, he thinks she might be a stalker, but life conspires to bring them together on more than one occasion.

While Eve is convinced that Nick is literally the boy of her dreams in a romantic sense, it soon becomes clear that God has something more than just romance in store for them. They become involved in a search for missing Confederate gold as well as international affairs with the Endelbourg Embassy. Their exploits take them on a tour of Washington D.C. and put them in peril on more than one occasion.

Where You Lead is a fast-moving faith-filled romp with a touch of romance —a highly enjoyable read for both teens and adults. 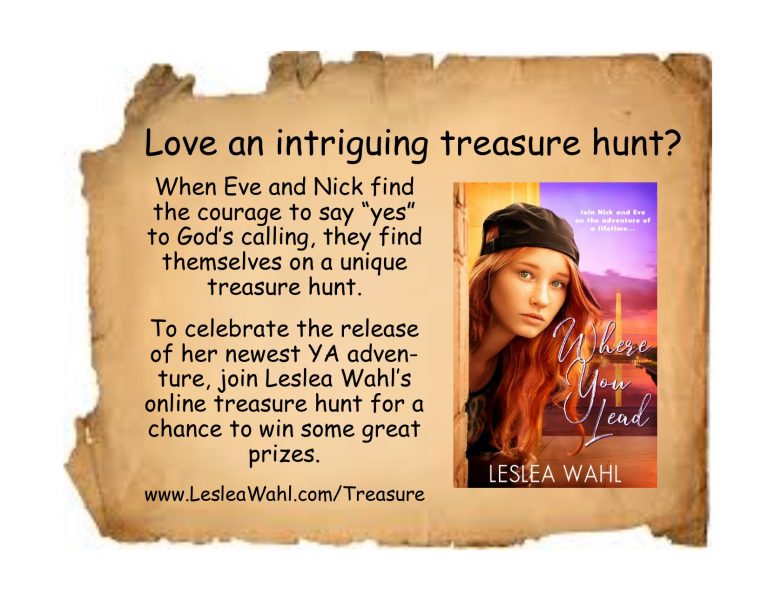 Today's Catholic Homeschooling
Sometimes it seems like moms are hardwired to feel like failures. The truth is, we're all a pretty far cry from that. It's time to stop feeling like you're not a good mother. Here's how to stop seeing yourself as a failure with simple steps shared mom to mom.

Sometimes it seems like moms are hardwired to feel like failures. The truth is, we're all a pretty far cry from that. It's time to stop feeling like you're not a good mother. Here's how to stop seeing yourself as a failure with simple steps shared mom to mom.
View on Facebook

Today's Catholic Homeschooling
In this post, you’ll find many different tools to help you teach suffixes to your child, as well as downloadable resources and activities.

Looking for the best way to teach suffixes? This comprehensive blog post shows you how! (And don’t miss our free printable suffixes list!)
View on Facebook

Today's Catholic Homeschooling
When this happens, it's usually because the owner only shared it with a small group of people, changed who can see it or it's been deleted.
1    View on Facebook

Today's Catholic Homeschooling
"Changing your thoughts isn’t denying the feelings but instead giving yourself a bit of a break from them so that later you can distinguish whether things were really as bad as you felt in the moment."

It’s January. The holidays and the holiday excitement is wearing off and the weather is cold and rather unpleasant to be out in for long on most days. We are looking at another six weeks or so before the weather turns nice and the evening dark is after 6 pm. The children are bursting with energy a...
View on Facebook