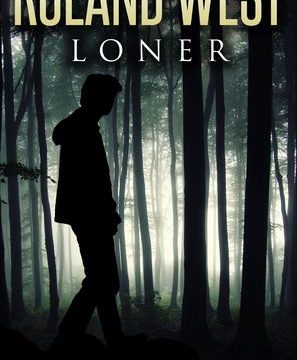 Roland West, Loner by Theresa Linden, is a Catholic YA novel centered around the relationships between brothers and friends. This book is especially great for Middle School and High School boys. Don’t get me wrong – Roland West, Loner, is an entirely engaging and well-written book that anyone will enjoy but Linden knows boys well and writes from this perspective perfectly. I absolutely loved the development of the friendship between Roland and his neighbor Peter. I also enjoyed the character of Caitlyn and the sweet relationships she had with both boys. Even though it’s titled Roland West, Peter had his own very interesting storyline and issues to overcome. The author fused the two boys’ storylines together brilliantly through an adventure they embark on together.


There is also a deeply religious part of the story about saints and relics that was highlighted in a very intriguing way. This is a subject I’ve never seen addressed before in YA fiction, and I think the readers will find it as interesting as I did. Linden does such a wonderful job of drawing the reader into Roland’s life that I wanted to scream in frustration with how he was treated by his manipulative brothers. And the best news is that this is the first book in the West Brothers series, so you can enjoy more stories with these engaging characters.

2nd-place winner of the 2016 Catholic Press Association Teen & YA Book Award! First in the West Brothers series. Despised by his older twin brothers, new to River Run High, friendless, and the subject of cruel rumors … Roland West has a plan. He wants to get his tutor back and avoid high school by proving himself on his father’s upcoming assignment in Italy. Before the trip and while his father is away, he must avoid falling victim to his brothers’ schemes. To get free from his brothers’ first trap, he ends up accepting the help of Peter Brandt, a kid from school who lives nearby. Not sure if he can trust Peter, he finds himself drawn to Peter’s inheritance, an old, mysterious, locked box. The secret of the inheritance may have the power to change the life of this loner.

REFRESH, Renew, and Rejuvenate! Conference! Register Come and enjoy the REFRESH! 2023 Online Conference on Thursday, February 9th, for an afternoon of online collaboration – where you can learn from wonderful speakers, recharge your homeschooling batteries, and interact with Homeschool Connection ...
2 1    View on Facebook