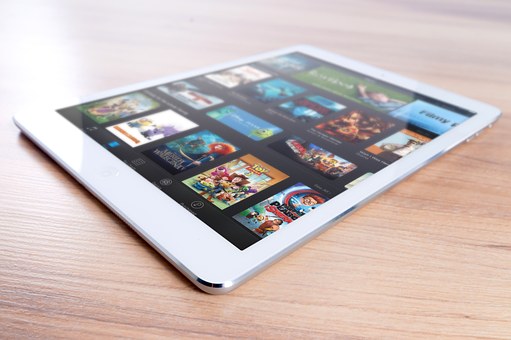 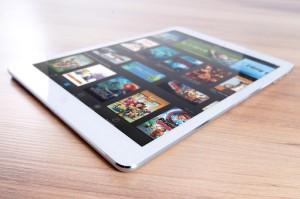 With my three children, two teenage boys and a five-year-old girl, I’ve always tried to practice a path of moderation when it comes to screen-time. When my boys were younger, I was able to enforce a two hour time limit fairly well. They could choose to use their time for television or video games, but they were reasonably good about adhering to the rule with occasional please for time to finish whatever level they might be playing.

But something happened about five years ago – we got an iPad. Then, because it was so fun and useful, we bought a second one. Son #2 began to use it to read and watch videos about his favorite hobbies which prompted son #1 to claim the same right. We also downloaded some wonderful educational apps to use for school. It was hard to legislate the line between entertainment and education. In addition, when their friends came over, they would all play video games together. Needless to say, the time limits for them were relaxed. I still encourage reading and non-screen activities, but they do spend a great deal of their time on tech devices.

Meanwhile, my young daughter also developed a love of the iPad, enjoying videos and games. I limited her time to a while in the morning and a while at night. I would use the morning session to say my prayers and read the paper while I ate breakfast. At night, I would work on the computer. I knew she spent too much time on tech, but I figured it was the price to pay for my sanity. As an introvert, I need quiet time. On the other hand, my daughter is a high-energy extrovert. There are no other children in the house her age for her to play with, so I keep her busy most of the day, providing opportunities for time with others as well as for physical activity and educational projects. She does play by herself for part of each day, but I use that time to homeschool my older two children and take care of the house. My daughter also has some behavioral issues which I’ve always attributed to trauma from being adopted and from her never-ending supply of energy (both of which are no doubt part of the issue).

It was with great skepticism that I picked up Reset Your Child’s Brain: A Four-Week Plan to End Meltdowns, Raise Grades, and Boost Social Skills by Reversing the Effects of Electronic Screen-Time by Dr. Victoria L. Dunckley. According to Dunckley, “Electronic Screen Syndrome (ESS)” can cause hyperarousal and mood dysregulation. It “can occur in the absence of a psychiatric disorder and can mimic one, or it can occur in the face of an underlying disorder and exacerbate it.”

Children on the autism spectrum, with attachment disorders, learning disabilities, mental health issues, and ADHD are all at greater risk of experiencing ESS. It doesn’t necessarily cause the problem, but it can make it worse. Dunckley provides ten years’ worth of case-studies and research to support her findings.

While Dunckley does encourage a four-week fast from screen-time, she makes a distinction between television (which is less harmful) and interactive screen time which includes time spent on computers and all hand-held devices. She still allows moderate television viewing even during the fast.

What have I done with all this information? First, I had my sons read the parts of the book that I felt applied to them. I hoped that they might voluntarily reduce their own screen-time. Unfortunately, they aren’t buying that tech usage is part of their learning and social difficulties. At their age, I have chosen to not make it a battleground. I will continue to encourage non-screen activities as much as possible.

My daughter is a different story. I took away the iPad completely and am allowing her to only watch television or a DVD for about an hour in the morning (I really do need that alone time to get my day off to a good start). Giving up the time at night has been a sacrifice, although being summer it is less of one than it will be in the winter when she can’t go outside to play. She did cry a bit about the loss of her beloved videos, but she quickly accepted the change. I did explain that it was not a punishment; that the screen-time was hurting her brain and that I was doing this to help her.

It has been about two weeks. The results were almost instantaneous. Has she become the sweetest, most well-behaved girl overnight? No, but bedtime battles have all but disappeared, she’s falling asleep more quickly, and she hasn’t had to be sent to her room for having an attitude or being out of control at all. While she has still had her moments, being around her has been a much more pleasant experience. Clearly, the sacrifice is worth it.

If you have a child with behavioral issues, I encourage you to read Reset Your Child’s Brain or visit the accompanying website at ResetYourChildsBrain.com. Reducing interactive screen-time just may be part of the solution.