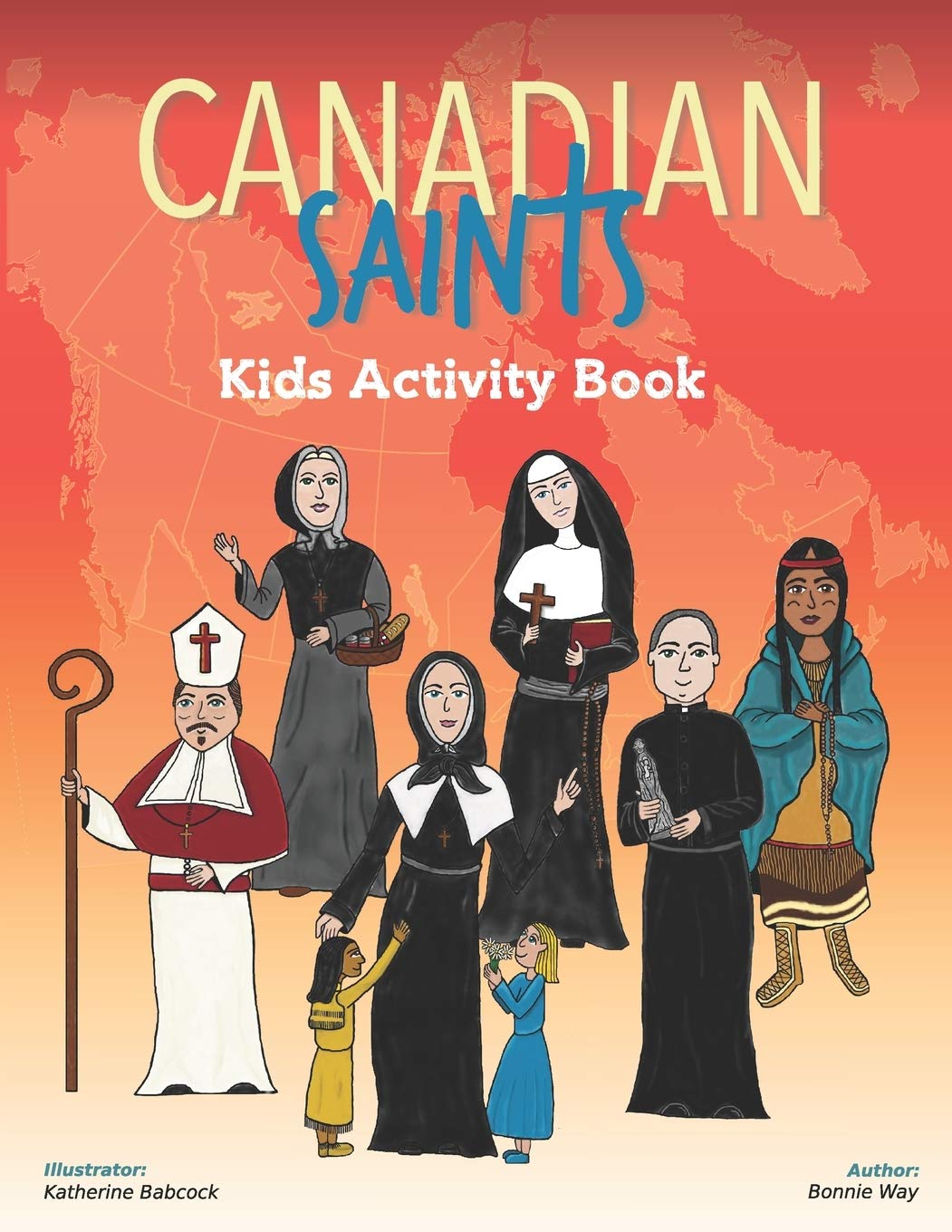 Bonnie Way, homeschooling mom and author of The North American Saints Activity Book, has a new activity book out which helps children (and their parents) learn about six important Canadian saints.

The Canadian Saints Kids Activity Book features information and activities about St. Marie of the Incarnation, St. Kateri Tekakwitha, St. Marguerite Bourgeoys (the first female Canadian saint), St. Francois de Laval, St. Marguerite d’Youville, and St. Andre Bessette. Way encourages readers to “think about what you have in common with [these saints]. Think about how they overcame their struggles to serve God. Think about how they showed their love for God and lived their faith. Think about what you can learn from them to live a heroic, godly life today.”

St. Marie of the Incarnation (1599-1672) was a widow who later became a nun. She moved to Canada as a missionary and helped run a school for French and Huron girls. She was also a mystic who experiences visions of God.

St. Kateri Tekakwitha (1656-1680) was a Christian Native American. It took great courage for her to practice her Christian faith against the opposition of her family.

St. Francois de Laval (1623-1708) was named the first bishop of New France. He also founded a seminary. Despite being the bishop, he chose to live in poverty.

St. Margaret d’Youville (1701-1771) married young and gave birth to 6 children (3 of whom died as babies). Her husband died when she was pregnant with her sixth child. Two of her sons later became priests. In 1737, Marguerite began a lay association to help the poor. She later established the Gray Nuns.

St. Andre Bessette (1845-1937) joined the Congregation of the Holy Cross in 1870. He was a working brother who had many jobs. In 1909 he built St. Joseph’s oratory and healed many through St. Joseph’s intercession.

Way’s short biographies of these saints are very informative. Children will also learn about these saints through coloring pages, word finds, mazes, crossword puzzles, and many other activities. Answer keys are provided. There is also a helpful appendix of books for further reading. The Canadian Saints Kids Activity Book is a treasure-trove of information and fun!