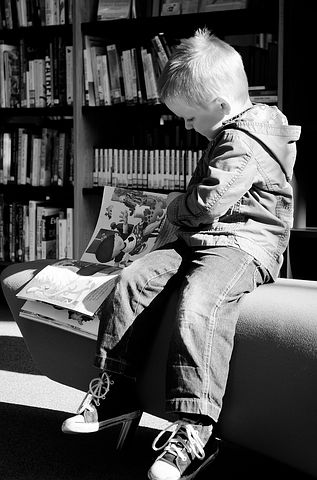 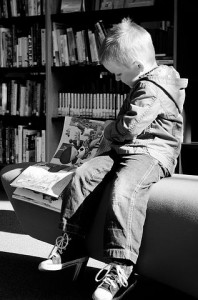 Lately the toddler tornado has been experiencing a language explosion! Every day or two she has a new couple of words, and she is constantly trying to string them into phrases and getting frustrated when her attempts at communication are met with confusion. Sometimes she really is pretty clear—“moo..re chockat” was pretty understandable as “more chocolate,” but at other times we are only able to grasp that she wants something, or is trying to tell us about something. Language acquisition—like learning to read—is hard.The learning child has to learn to distinguish a mash of sounds as individual words, and then learn which words to string together in what order, if they want to make themselves understood. No wonder she needs a nap by mid-morning!

The other day, I was working with the preschooler on some beginning reading skills (Do these two words start with the same sound? Which pictures rhyme? etc.) and he was really struggling with the concept. He was rapidly becoming frustrated with himself, as he has a strong desire to learn to read, and he sees the older children doing it so easily. I was watching him work at it and trying to give hints without giving answers, and it occurred to me that what he was doing was every bit as difficult as the toddler learning to talk!

In some ways, he is just taking the next step in communication—breaking the language down into its sounds and then building the sounds back into new words—but his brain doesn’t do those steps automatically yet, and there are a lot of steps to keep track of even in something as “simple” as deciding whether or not two words start with the same sound.

Think about it for a minute. If you’ve taught reading, then you have probably had the experience of a child sounding out “c…a…t”  and saying “rat”!

How on earth can they do that?

It came from the fact that the early reader doesn’t yet have automatically in their minds the sounds of the letters. They sound out correctly, but by the time they reach the last sound, they are somewhat unsure of what they said for the first letter, so they insert a word that has something to do with the story in hopes that it will be correct. In the same way that the toddler tells me, “Rocking!”—her word for nursing—whenever she has a problem that she has no word for, the early reader tries some word that is related to the story or sentence in some way in his mind. Imagine how frustrating it is for him to be told his guess isn’t the right answer.

Learning to read is one of the places in which homeschooling parents experience the most fear. A child who can’t read will be extremely disadvantaged in his life. True! We have a responsibility to teach our children to read, and it is very easy for our fears for their success to turn the “learning to read “ process and reading itself into a struggle and trial to our children. It is so important at the beginning of the learning journey that the lessons be gentle and that we make it clear that we know that they are doing something difficult. We need to make it clear that teacher and student are a team, and that we will continue to work with the student until he does learn to read, however long that takes.

A few things that help with this difficult task:

Finally, relax! Unless your child has a learning difficulty (a subject for another post) he will learn to read if the two of you keep working at it. It may take some time, and you may have to get creative, but he will learn! Be patient, let him know that you know him will learn—and together, you will learn!

This post originally appeared on the HEAV blog and is used with permission.

Kyndra Steinmann blogs at Sticks, Stones and Chicken Bones about living in a houseful of young children, special needs, discipling hearts, and abundant grace! As a homeschool graduate, she has an especial burden to encourage mothers to know and enjoy their children. Follow her on Facebook, and Pinterest.

We created printable Valentine's Day cards that your kids can color in to give to friends and family! Print these off for your kids and let them color in the artwork!
1    View on Facebook