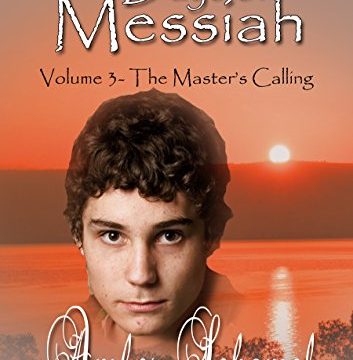 The Master’s Calling by Amber Schamel

A pulse-pounding conclusion to the biblical fiction series, Days of Messiah.

Malon’s dream is to be a disciple of Jesus, but he arrives too late. Jesus has been crucified.

After generations of waiting, the Messiah has come at last. And not a day too soon. All his life, Malon Ben-Tyrus has been squelched beneath Roman laws and religious traditions, and he longs to be free. The oppression of the Romans worsens every day, and the religious system led by the Scribes and Pharisees has grown corrupt.

Malon believes his life calling is to become a disciple of the Messiah and help free Israel from bondage. When Jesus heads to Jerusalem for the Passover feast, Malon knows this will be a historic event. Jesus will enter the city as the Son of David and take His place as the Messiah of Israel. He longs to follow Jesus to Jerusalem, but his family won’t allow him to go.

When at last his family consents, Malon arrives in Jerusalem only to discover that he is too late. The man he thought to be the Messiah has been crucified, and Barabbas—his greatest enemy—has been set free.

Appalled by the cowardice of Jesus’ disciples, Malon returns home seething with frustration and despair. Everything he believed he was destined to become died with Jesus. Was he wrong about his destiny?

If you enjoy historical fiction that brings HIStory to life, you will love this series.

The Master’s Calling is actually the third book in the Days of Messiah series. I have not read the first two stories but focused on this book because it is the only one in the series told from a teens’ perspective. Even though it is the third in the series, I didn’t feel like I was missing anything—the author did a good job of recapping the pertinent information.

The story is about a Jewish teenager named Malon who lived during the time of Christ’s ministry. Malon and his family have personally met Jesus and recognize that He is the Messiah they have been hoping for. Malon longs to become one of Jesus’ followers and is thrilled when his father finally allows him to travel to Jerusalem during Passover to be with Jesus and the disciples. Life as a Jew is extremely difficult under Roman rule, and Malon looks forward to the time that Jesus will take His rightful place as the Messiah of Israel, freeing the Jewish people from their oppression. However, when Malon finally arrives, he discovers he is too late. Jesus is dead.

I thoroughly enjoyed this perspective of Jesus’ life. This story really highlights the fact that even Jesus’ followers did not understand His calling. We see this confusion over and over in scripture. The shock, disillusionment, and despair of Jesus’ death is shown so well through this teen protagonist. Malon was so sure Jesus would become a king and deliver the Jewish people from the harsh Roman rule.

The story continues as a confused and angry Malon quickly departs Jerusalem and heads back home. He is left not only with his fledging faith, but he must now also protect his family from the very criminal that was freed when the crowd turned on Jesus – Barabbas. This book has several clever twists that kept the story moving along and building to the intriguing ending. I really enjoyed all the characters in this book and am now rather curious about the other books in the series.

This review contains Amazon Affiliate links. Purchases made after clicking through a link help support this site.