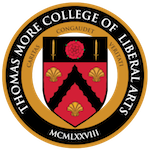 St.Thomas More College in Merrimack, NH has announced its Faith and Reason Scholarship Contest for this year.

The Faith & Reason Essay Contest is open to all incoming freshmen at Thomas More College.

To a student of the Great Books of Western Civilization, the martyrdom of St. Thomas More recalls the condemnation of Socrates, a pre-Christian witness to “the primacy of truth over power.”

Unlike More, Socrates avoided public office in favor of a private life of philosophizing. But like More, he was finally condemned by his fellow citizens for failing in his duties as a citizen. In his defense, Socrates argued that, far from being a threat to the city, the life he led—a life of examining himself and others—was the greatest service to it.

In proclaiming St. Thomas More Patron of Statesmen and Politicians, St. John Paul was responding to “the need felt by the world of politics and public administration for credible role models able to indicate the path of truth at a time in history when difficult challenges and crucial responsibilities are increasing.” Applicants are invited to consider Plato’s Apology of Socrates and to submit an essay of 3 to 4 pages in answer to the question: Was Socrates a good citizen? If so, how and why so? If not, how and why not?