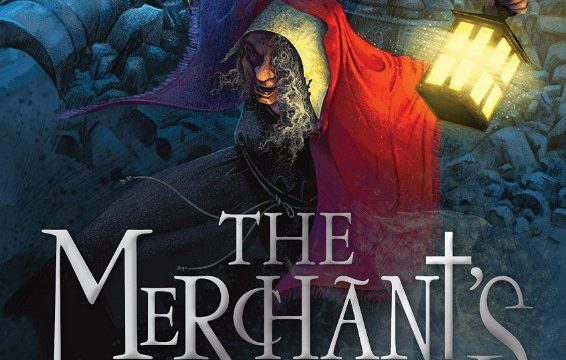 The Merchant’s Curse by Antony Kolenc

Antony Kolenc has a new adventure to add to his wildly popular middle-grade series, The Harwood Mysteries. The newest installment, The Merchant’s Curse, is brimming with danger and a puzzling mystery that will keep the reader guessing. If you haven’t already discovered these books, I recommend you check them out. Each novel is full of intrigue, mystery, faith, and history—a winning combination that makes the books incredibly hard to put down. The target audience may be young teens, but readers of all ages will enjoy these stories.

The main character, Xan, is such a great, faith-filled character. After a heartbreaking tragedy, Xan is forced to leave the life he once knew. As he discovers truths about his past and himself, he becomes involved in several intriguing mysteries and despite his good intentions, keeps finding himself in perilous situations. His natural curiosity and inquisitiveness make him someone whom young teens can easily relate to.

One of the things I really love about this series is the strong female characters that assist Xan on his quests, making these stories perfect for everyone. I’ve really enjoyed seeing all the characters grow in virtue through the course of the series. In this newest book, The Merchant’s Curse, Xan attempts to understand the wisdom of Solomon as he uncovers an unsettling mystery threatening his newfound happiness.

In this thrilling installment of the award-winning series, The Harwood Mysteries, Xan is living in Lincoln as a merchant’s apprentice to his uncle. But all is not well.

Why is there a band of brutes lurking near Uncle William’s shop?
Does the disfigured woman in the marketplace really have power over life and death?
Will Nigel stop his dealings with a known traitor?

Welcome to the Academy Study Center.  This is where students access all of the Classical Liberal Arts Academy's online courses.  There are a number of ways to enroll in our courses, but the most popular method is as follows:
Warning: Undefined array key "likes" in /misc/35/127/122/482/3/user/web/todayscatholichomeschooling.com/wp-content/plugins/feed-them-social/feeds/facebook/class-fts-facebook-feed.php on line 1456

We created printable Valentine's Day cards that your kids can color in to give to friends and family! Print these off for your kids and let them color in the artwork!
Warning: Undefined array key "likes" in /misc/35/127/122/482/3/user/web/todayscatholichomeschooling.com/wp-content/plugins/feed-them-social/feeds/facebook/class-fts-facebook-feed.php on line 1456