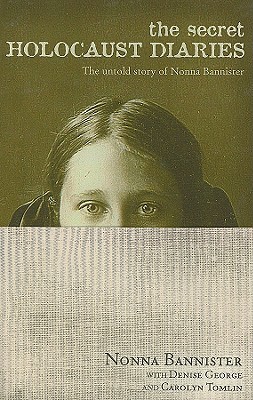 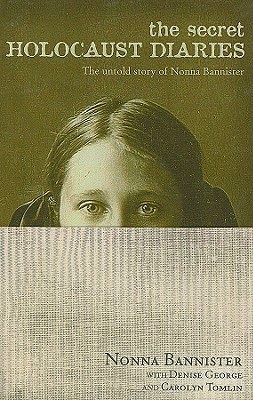 The Secret Holocaust Diaries: The Untold Story of Nonna Bannister

The Secret Holocaust Diaries: The Untold Story of Nonna Bannister was recommended to me by a friend who knows that I enjoy history. At first glance, one might think this is another holocaust book – what more could it have to offer that hasn’t already been said? (Not that we should ever become complacent about the Holocaust – we have a moral duty to remember and teach our children and keep it from ever happening again.) However, this story offers a different perspective from the Jewish stories you may have read.

Nonna Bannister was Russian, living in the Ukraine. Her family had once been very close to the Russian czar. Her father was a well-educated translator and made sure his little girl was well-educated as well. Even as a very young girl, she knew six languages. This would prove very helpful to her – she would go on to write her story of the atrocities that happened to her during World War II in various languages so that if anyone found them, they most likely wouldn’t be able to read the whole story. After the war, she came to America and kept the story of her past hidden from everyone, even her husband. However, as an old woman she took the time to transcribe her memories into English and finally showed her husband in the 1990s. He made them public after her death in 2004.

In the preface, Carolyn Tomlin and Denise George, who took on the task of compiling and editing the book write, “Nonna’s account provides a rare glimpse into the life of a girl who was born to a wealthy family in the Ukraine, experienced great suffering in Stalin’s Soviet Union, and eventually lost her family and her own freedom at the hands of Nazi Germany. It is a story with unusual significance as one of the few firsthand accounts of a girl from a once-privileged family, who fell into the ranks of the Ostarbeiter – the primarily Ukranian “Eastern laborers” transported to Germany during the war as slave labor under Adolf Hitler’s regime. The fact that she not only survived such turmoil and tragedy but also moved on through faith in God to forgive those who took away so much makes her story all the more remarkable.”

The Catholic Church also plays a positive role in Nonna’s survival. She worked in a Catholic hospital where the nuns gave her a new name in order to keep her safe and cared for her for two years after she became ill.

This is a powerful story, offering a new perspective on the horrors of the Holocaust. I learned much reading this book. It would be a great book for high school age students to read to learn more about this period of history.

We created printable Valentine's Day cards that your kids can color in to give to friends and family! Print these off for your kids and let them color in the artwork!
1    View on Facebook