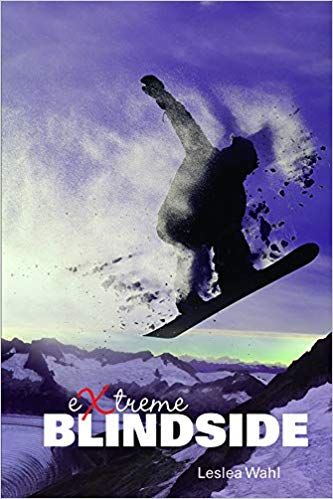 Ever since I first wrote Perfect Blindside, I hoped these characters would have more adventures together. Despite the desire, no brilliant storylines came to me. I did know I wanted the book set at an extreme sporting event. Besides that tidbit and an image in my mind of Jake and Sophie on a snowy mountain being chased by a bad guy, I didn’t have any other ideas. Over the years, I tried to conjure up more of the story, but other books demanded to be written first. But finally, inspiration struck, and four years after Perfect Blindside was published, the follow-up adventure has finally come to fruition.

Honestly, I didn’t realize how challenging a sequel would be to write. After writing from the perspective of other characters for various projects, it was hard to get back into the mindset of Jake and Sophie. Especially Jake. He has always been the most difficult character for me to understand, probably because his life is so different than anyone I know.

Besides that challenge, fear and worry kept creeping into my mind. Perfect Blindside had always felt like a gift from God. The idea just came to me out of the blue, begging to be written. It won a few awards and had quite a few fans that loved the story. How could my own ideas and work ever measure up to God’s inspiration? What if people didn’t like it as much? What if I disappointed fans?

But I kept working on the sequel and hoping that I could do the story justice. I pray my work will continue to reach people and encourage teens to grow in their faith.

After winning silver, teen snowboarder Jake Taylor is struggling with sudden fame when he s offered a gig he can’t refuse: becoming a spokesperson for a state-of-the-art athletic training facility. Training for its first competition, Jake relies on his faith to help him find ways to use his fame to help others… when athletes mysteriously start getting sabotaged one by one. Time is running out for Jake and his girlfriend, Sophie, to figure out what is going on before he is also sabotaged… or worse.