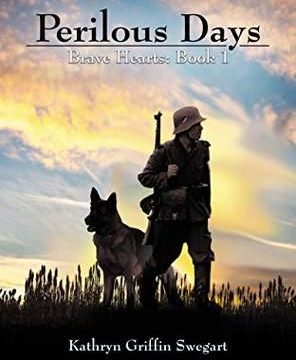 Perilous Days is a middle-grade novel set in World War II. This story is about a young Catholic teen named Felix, who happens to be growing up in Hitler’s Germany. His family sees the horrors that are unfolding around them but are unable to do much but try to survive. Things quickly change for Felix when he and his extremely smart German Shepherd, Rolf, are forced to join the German army. They are assigned to a special canine unit to search for injured soldiers. I have never heard about this unique group of soldiers and found it quite fascinating.

Felix has been struggling with his faith and questioning how God could let bad things happen. But witnessing the unwavering faith of those around him, amid so much devastation, changes him forever. The author does a wonderful job of showcasing some real German Catholics who risked their lives to do what they could to expose the evil of their country and to save vulnerable citizens. This short book would make a fantastic supplement to lessons about World War II.

Recipient of the Catholic Writer’s Guild Seal of Approval! As this unforgettable adventure story begins, the quiet life of this peaceful Catholic family is thrown into turmoil by the start of World War II. A Nazi soldier knocks on the door of the farmhouse where teenager Felix Culpa Schmidt lives with his family, including his younger brother, Willy, who is a child with Down Syndrome. The draft notice is tersely delivered. “Report on January 11th and bring your birth certificate.” Felix becomes an unwilling soldier in the German army, forced to serve Adolph Hitler, a man who enacts a plan to kill thousands of ‘useless eaters’- citizens who are elderly or disabled, citizens like his brother Willy. Felix and his loyal dog, Rolf, are assigned to rescue wounded soldiers on the battlefield, working closely with a mysterious soldier who reveals shocking secrets. Perilous Days is book one in the Brave Hearts series of books about Catholic heroes and heroines.