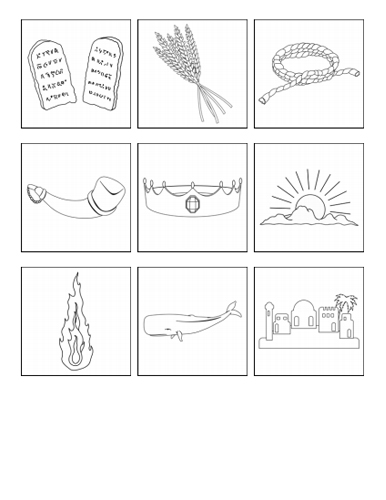 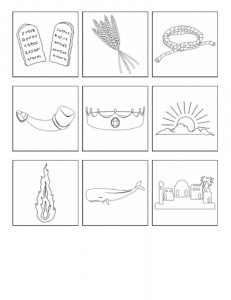 One of the family traditions my children and I have is to put up a Jesse Tree to mark the days of Advent. Who is Jesse and why does his tree matter? Jesse was the father of King David. Jesus is considered to come from the line of David (through his foster-father Joseph who was from the house of David). The name of the Jesse Tree is taken from Isaiah 11:1, in which Jesus is referred to as a shoot coming up from the stump of Jesse. A Jesse Tree tells of many of the significant individuals in salvation history.

There is no official version of a Jesse Tree, but it generally begins with Adam and Eve and includes such notable figures in Biblical history as Noah, Abraham, Isaac, Jacob, Joseph, Moses, Samuel, Jesse, David, and Solomon. It ends with Joseph and Mary and finally the Christ Child himself.

Hanging one ornament a day during Advent for each of these figures allows us to walk with all those who came before Jesus and waited for him. It also provides the opportunity to learn more about these Biblical figures.

The word “Advent” comes from the Latin “adventus” which means “coming.” In our liturgical Advent, we wait for the annual commemoration of Christmas, but we are also waiting for Jesus’ second coming. Like the Biblical figures of old, we too are waiting.

How does one go about creating a Jesse Tree of one’s own? A Jesse Tree can be as simple or as elaborate as you choose to make it. In our house, we use a paper tree taped to the wall and glue paper ornaments on it. Others use a branch brought in from the outside, plant it in a pot, and then hang ornaments on it. For those who choose not to decorate a Christmas tree until Christmas Eve, Jesse Tree ornaments can be hung on the evergreen itself, thereby creating an “Advent” tree. Ornaments can be created out of paper or out of felt or fabric.

There are many listings of symbols and readings on-line that can help you in creating your Jesse Tree. I have provided a few below. However you choose to create a Jesse Tree, I hope that it will be a fruitful and enriching activity for you and your families this Advent season.